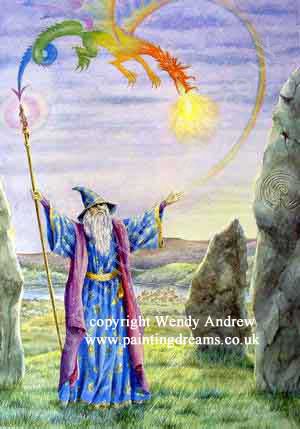 In the legends of Kings Arthur, Merlin was considered the greatest of wizards and prophets. Through myth we know him as an enchanter with the ability to shape, shift, fly, become invisible and conjure creatures out of thin air.

Here we see him manifesting Earth energy in the form of a rainbow dragon.